Home » Information » How To – build your own solar filter » How to make your own objective solar filter for your camera, telescope, spotting scope or binocular

What you need for making your own solar filter: Baader AstroSolar® Safety Film 5.0 or Baader AstroSolar® Photo Film 3.8 (do not use Photo Film for visual observation!), two sheets of white stiff cardboard, pair of scissors, compass, some pieces of “Kleenex”-tissue, double-faced adhesive tape, paper glue

Your homemade solar filter for visual and photographic use is ready! Store it properly! 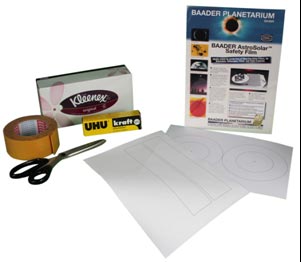 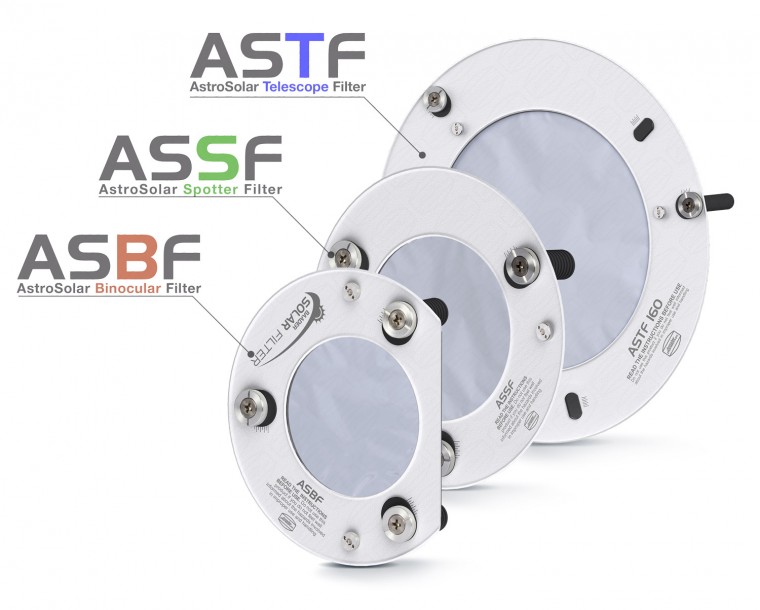 Is all of this handcrafting too much work for you? Are you afraid you might do something wrong? Then we have the solution for you! With our Baader Solar Filters – produced with AstroSolar® Safety Film OD 5.0 – we now offer a solution for an affordable price for (nearly) all Telescopes, Spotting Scopes, Binoculars and Tele- / Camera lenses. 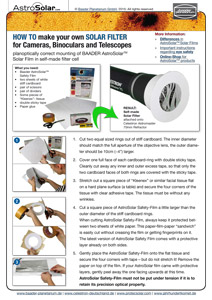 How to make your own objective solar filter

Download EN-baader_astrosolar-solar-filter-instruction_A4_RGB-LR_0317.pdf
Posted in How To – build your own solar filter.